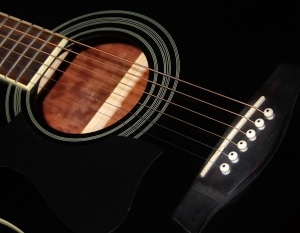 This lick is based on the Hungarian minor scale. As its name says this scale has its origins in the East of Europe, being very common in the folklore of that area (Hungary, Romania, Bulgaria…)

Basically I think of this scale as a harmonic minor scale but with an extra color tone added; the #4. The intervals of the Hungarian minor scale are as follows :Root – major 2nd – minor 3rd – #4 – 5 – minor 6th – major 7th. It has a very nice and interesting chromatic sound (especially between the #4 – b6 and the major 7th).

So, when can you use this scale? Very simple; you can substitute the Hungarian minor scale for either the natural minor scale or the harmonic minor scale.

How? Substitute the augmented 4th for the perfect 4th, and that’s all. This rule is applicable to the melody and obviously, also to the harmony, so be sure you are playing the chords with the right extensions!!!

And now let’s talk about the lick: Alternate picking in groups of 32 notes. Remember, practice slowly. Don’t increase the speed if your picking is not accurate and your sound is not good (try to avoid those always annoying “non desired noises.”)

The end of the lick includes some extra chromatic notes used as passing tones. Have a nice practice!!

Tony Pereyra was born in Murcia, Spain. He began his music studies at the age of 6 on piano and was influenced by classical composers. He soon developed an interest in the electric guitar and more modern musical styles and began studying electric guitar, harmony and composition at The Institute of Music and Technology in Madrid (I.M.T.).

During this time, he was influenced by various styles of music from rock to jazz, contemporary composers, and soundtracks. After completing his studies Tony was hired to teach at I.M.T. while working as a session musician and performing live in Madrid.

While at I.M.T. he had the opportunity to meet many artists who came to the school including Scott Henderson, Joe Zawinul, Victor Bailey, Steve Morse, Ritchie Kotzen and Mattias IA Eklundh (with whom Tony has a nice friendship).

As a session musician he has worked with artists like Edith Salazar (singing teacher of ‘Operacion Triunfo’) and the Spanish top chart band ‘Circus’ (www.circusband.com). As a solo artist, Tony opened for Mattias IA Eklundh’s Freak Kitchen during their 2005 tour of Spain.

That same year he relocated to London and worked as a session musician, arranger and composer on several projects in London (Henson Brothers, Musicbydesign) and Paris (with the French top chart singer Gilles Luka (www.gillesluka.com). In March 2006 Tony joined the soul funk band Harambe.

After recording his guitars for the Harambe new album “Testify” he performed in several venues across the UK. In 2007 he performed at The Musikmesse in Frankfurt doing a demonstration for the French guitar brand Kronodale.

Tony has received very positive reviews as a solo artist. The Spanish Magazine “Guitarrista Actual” wrote: ´It is not necessary to go out of Spain to find guitarist of a great level and on top of that so creative. This is the case of Tony Pereyra. In his music you can perceive the musical qualities of this guitar player with Murcian origins. A great technique to the service of music and an awesome creativity .’

Tony is currently working on his solo project, teaching guitar, and performing live. 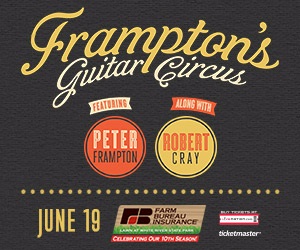